Malala Yousafzai was born on July 12, 1997 in the Swat District of Pakistan to a Muslim family. Her father ran public schools in the area and has always advocated for education, inspiring Yousafzai at a young age. School always excited her, and she excelled at it too. Her goal was to finish first every school year, and she studied all through the night to make this happen. She excelled in school, so when her education was at stake there was no question that she needed to be the one to speak up. At age 13, she started writing for BBC after they contacted her father. By writing about the Taliban’s effects on her life, she put a target on her 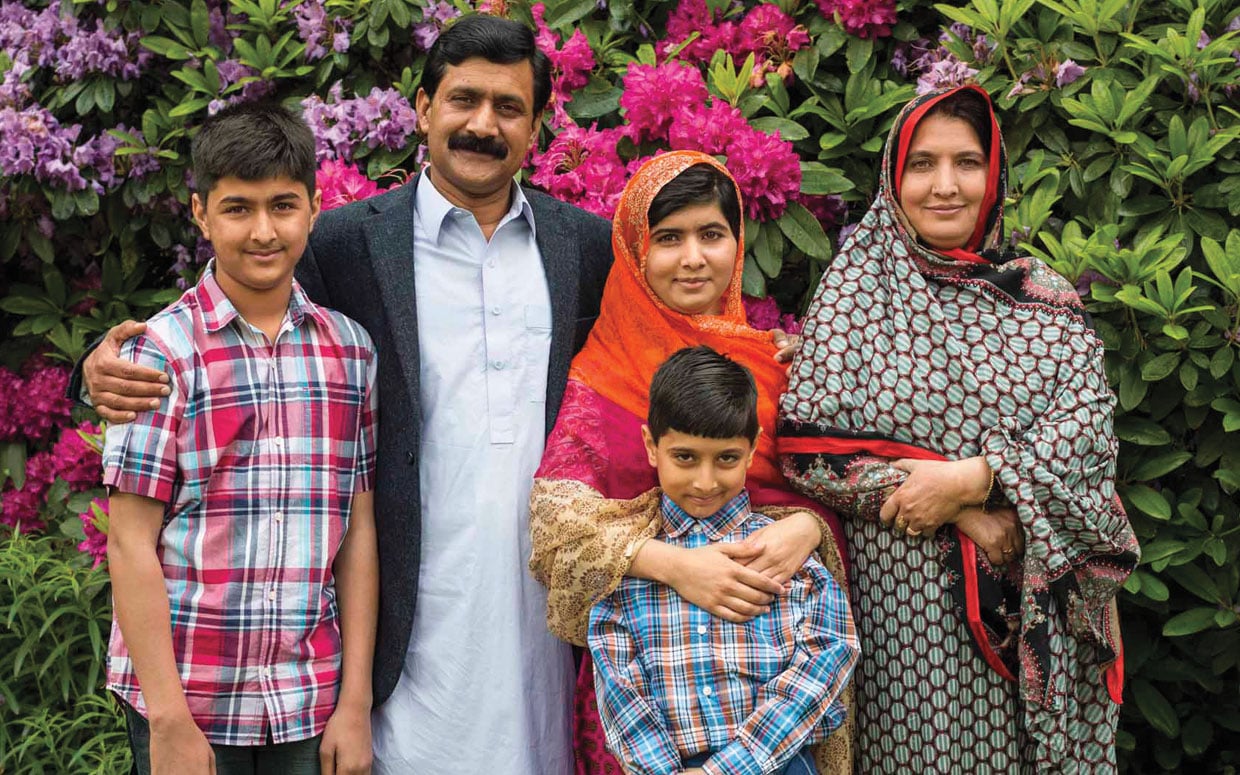 self for speaking out against them. Yousafzai received death threats for speaking her mind about education, and was shot for it when she was fifteen. After getting shot in the head by the Taliban, she was sent to many different hospitals. She went through many surgeries and had a long healing process, proving her strength once again. The assassination attempt on her prompted many protests across Pakistan, which ultimately led to Pakistan’s first right to education bill. On her 16th birthday, she gave an address at the UN headquarters, less than a year after getting shot. She has won Pakistan’s first National Youth Peace Prize, was nominated for the International Children’s Peace Prize and the Nobel Peace Prize, and was named one of Time’s Magazine’s most influential people. Her influence is still present across the world today.

The autobiography, I am Malala, by Malala Yousafzai, shows the struggles of young girls seeking education in the Middle East. Yousafzai shares her story of what it was like to love education in a society where gender inequalities force girls to only attend school until they were married off at a young age. Before the Taliban took control over Swat District, a territory in Pakistan, she was able to go to school without any concerns. The earthquake of 2005 left Pakistan vulnerable, and the Taliban took control of Swat. The Taliban enforced Islamic law and made it illegal for women to leave the house, let alone go to school. This led to her speaking out for women’s education rights, and resulted in her being shot for speaking against the Taliban. The bullet grazed her skull, caused her brain to swell, shattered her eardrum, and damaged nerves. She was flown to Birmingham where she got treatment and began her new life. Although the Taliban shot her that day to keep her quiet, all it did was cause an uproar. Malala became an icon across the world and her message rapidly spread.

Because the autobiography is the story of Malala Yousafzai’s life, it shows the progression of the Taliban’s presence. In 1994, a group of about 30 Talib’s armed with rifles marched into an army base due to reports of two girls that were being raped repeatedly. The 30 members of the Taliban freed the two girls and hung the general on the barrel of a tank. This story and others like it were widely spread and the Taliban quickly started to become more popular. The Taliban gained control with a tinder. The earthquake of 2005 in Pakistan was the tinder. It left the country vulnerable. Imams began saying the earthquake was God punishing them because of their bad behavior. Sc ared of another disaster, people began listening to these pushes for a more religious society. Many people like Yousafzai’s mother were happy that people were encouraged to pray more because they felt it was lacking in their society. However, this drive for a more religious society hinders forward progress due to the inability to choose. The Taliban radicalize the ideas of the Qur’an in order to justify their actions. Women were not allowed outside of the home unless accompanied by a male relative. They were not allowed to go to the market or go to stores to buy necessary items. Girls were not allowed to study at schools, universities, or any other educational institution. Women were required to wear a long veil, known as a Burqa, which covers them from head to toe. Before the Taliban, women had the choice of whether or not to wear it. Malala was one who didn’t wear it before the Taliban but began wearing it in public to blend in because she became increasingly paranoid. If any of the rules set by the Taliban were broken, a beating or death would ensue. The Taliban’s initial success was implementing more prayer. They got support and slowly increased their influence (Sullivan). Through these steps, the Taliban rose. We do not see the Taliban as good people because what it once was is no longer what it is. Radical religious leaders brain washed their followers and took control of a country that was weakened by a natural disaster.

Malala Yousafzai is often compared to Susan B. Anthony, who was a women’s rights activist, because their lives have many parallels. Similar to Yousafzai, Anthony was raised in a politically active family. Her family worked together to end slavery just as Yousafzai and her father fought for girls’s right to education. Anthony paved the way for the Nineteenth Amendment through all of her work (History.com). Similarly, Yousafzai’s efforts to support women’s right to education influenced Pakistan’s first Right to Education bill. Both women have created change in the world by speaking their minds, and they have made sacrifices for what they believe in.

Another civil rights activist that Malala Yousafzai is compared with is Kailash Satyarthi. He won a joint Nobel Peace Prize with Yousafzai. As a human rights activist from India, his initial goal was to end child slavery and exploitation. From a young age, he worked hard to make sure the poor could recieve an education so that young children did not have to work the way their parents di 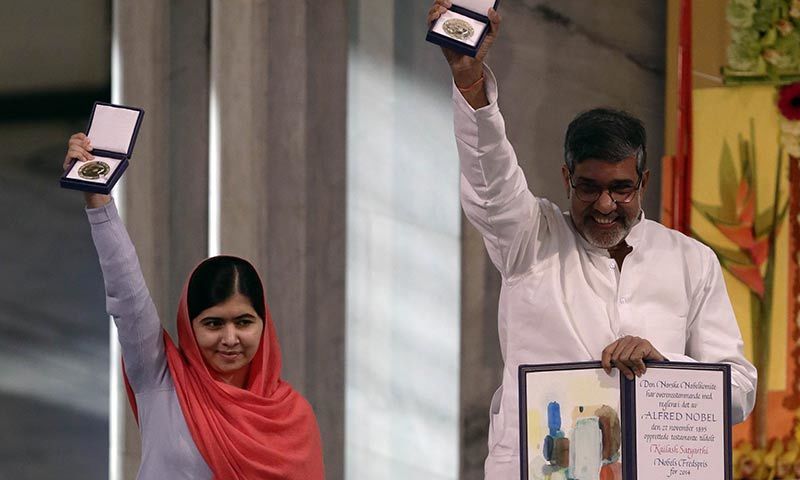 d. He and his friends have put themselves in danger to rescue children who are being trafficked or enslaved (“Kailash Satyarthi”). Similar to Yousafzai, he continues to put his life in danger to fight for what he believes in. Over his lifetime he has started many programs and organizations to benefit suffering children. His story is heartwarming and his goals are similar to those of Malala Yousafzai.

I am Malala can be compared to The Diary of a Young Girl by Anne Frank. They both tell first-hand stories while under threat of death where they share their feelings and thoughts of their circumstances. I am Malala reminds me personally of Kite Runner. They both moved from a war-zone to England and America respectively, for better opportunities and faced hardships no child should experience. Both Yousafzai and the characters in the novel grew stronger because of their harsh upbringing.

I am Malala was written in 2013, so its reviews are recent. Most of the reviews we found have little to say about Malala Yousafzai’s writing. This is presumably because nobody has anything to critique. Her story is so moving that it is difficult to find a flaw in it. Instead, they focus on retelling her story and acknowledging her accomplishments. The Washington Post comments, “this is a book that should be read not only for its vivid drama but for its urgent message about the untapped power of girls” (Arana). This review emphasizes how inspirational Yousafzai is to young women. Arana’s comment demonstrates the magnitude of feminist movements in today’s society.

There is a push for equal rights with men and women and these movements use role models like Yousafzai. The Guardian calls her a “world changer” (Guardian reviewer). Today’s society emphasizes social change; there is a desire for equality, acceptance, and advancement across the world. Malala Yousafzai serves as a beacon for this desire of social progress.

Yousafzai continues to create a lot of change in the world. The New York Times calls her a “champion of girls’ education worldwide” (Kristof). This shows the impact that Malala Yousafzai has had on girls’ education. She is a symbol of hope for many. A review from the Toronto Star describes Malala Yousafzai’s “courage in championing girls’ rights to education and to freedom from fundamentalist restrictions in the face of threats is unquestionable” (Eggertson). This review shows that Yousafzai is impactful in what she does. Her courage does not waiver, even with a gun to her head. Her courage and thirst for knowledge and change shines as she continues to leave her legacy for young girls worldwide.

Yousafzai, Malala, and Patricia McCormick. I Am Malala: How One Girl Stood Up for Education and Changed the World. Little, Brown and Company, 2014.